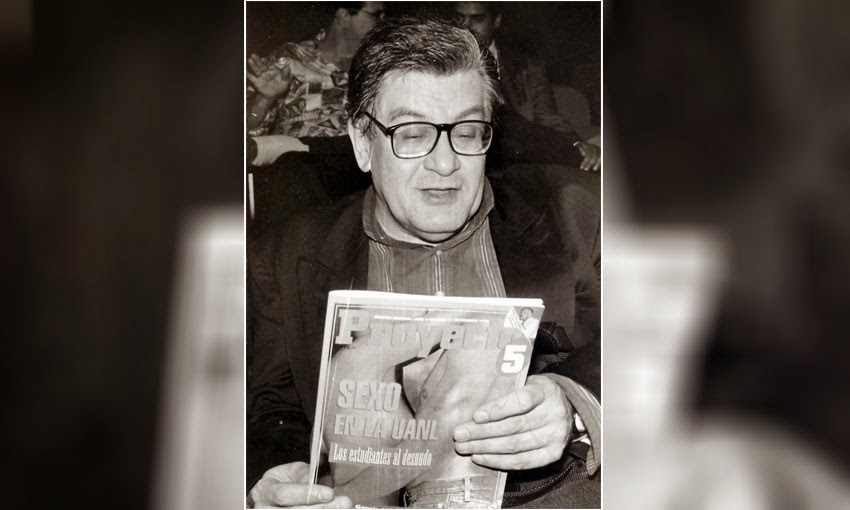 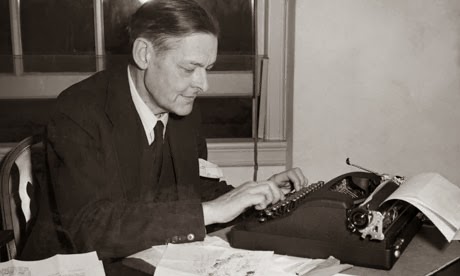 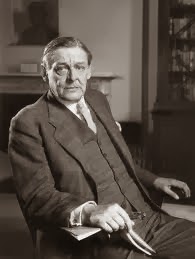 
(The Dry Salvages - presumably les trois sauvages - is a small group of rocks, with a beacon, off the N.E. coast of Cape Ann, Massachusetts. Salvages is pronounced to rhyme with assuages. Groaner: a whistling buoy.)


I do not know much about gods; but I think that the river
Is a strong brown god - sullen, untamed and intractable,
Patient to some degree, at first recognised as a frontier;
Useful, untrustworthy, as a conveyor of commerce;
The only a problem confronting the builder of bridges.
The problem once solved, the brown god is almost forgotten
By the dwellers in cities - ever, however, implacable.
Keeping his seasons, and rages, destroyer, reminder
Of what men choose to forget. Unhonoured, unpropitiated
By worshippers of the machine, but waiting, watching and waiting.
His rhythm was present in the nursery bedroom,
In the rank ailanthus of the April dooryard,
In the smell of grapes on the autumn table,
And the evening circle in the winter gaslight.


The river is within us, the sea is all about us;
The sea is the land's edge also, the granite,
Into which it reaches, the beaches where it tosses
Its hints of earlier and other creation:
The starfish, the horseshoe crab, the whale's backbone;
The pools where it offers to our curiosity
The more delicate algae and the sea anemone.
It tosses up our losses, the torn seine,
The shattered lobsterpot, the broken oar
And the gear of foreign dead men. The sea has many voices,
Many gods and many voices.
The salt is on the briar rose,
The fog is in the fir trees.


The sea howl
And the sea yelp, are different voices
Often together heard: the whine in the rigging,
The menace and caress of wave that breaks on water,
The distant rote in the granite teeth,
And the wailing warning form the approaching headland
Are all sea voices, and the heaving groaner
Rounded homewards, and the seagull:
And under the oppression of the silent fog
The tolling bell
Measures time not our time, rung by the unhurried
Ground swell, a time
Older than the time of chronometers, older
Than time counted by anxious worried women
Lying awake, calculating the future,
Trying to unweave, unwind, unravel
And piece together the past and the future,
Between midnight and dawn, when the past is all deception,
The future futureless, before the morning watch
Whem time stops and time is never ending;
And the ground swell, that is and was from the beginning,
Clangs
The bell.

Where is there an end of it, the soundless wailing,
The silent withering of autumn flowers
Dropping their petals and remaining motionless;
Where is there and end to the drifting wreckage,
The prayer of the bone on the beach, the unprayable
Prayer at the calamitous annunciation?

There is no end, but addition: the trailing
Consequence of further days and hours,
While emotion takes to itself the emotionless
Years of living among the breakage
Of what was believed in as the most reliable-
And therefore the fittest for renunciation.

There is the final addition, the failing
Pride or resentment at failing powers,
The unattached devotion which might pass for devotionless,
In a drifting boat with a slow leakage,
The silent listening to the undeniable
Clamour of the bell of the last annunciation.

Where is the end of them, the fishermen sailing
Into the wind's tail, where the fog cowers?
We cannot think of a time that is oceanless
Or of an ocean not littered with wastage
Or of a future that is not liable
Like the past, to have no destination.


We have to think of them as forever bailing,
Setting and hauling, while the North East lowers
Over shallow banks unchanging and erosionless
Or drawing their money, drying sails at dockage;
Not as making a trip that will be unpayable
For a haul that will not bear examination.


There is no end of it, the voiceless wailing,
No end to the withering of withered flowers,
To the movement of pain that is painless and motionless,
To the drift of the sea and the drifting wreckage,
The bone's prayer to Death its God. Only the hardly, barely prayable
Prayer of the one Annunciation.


It seems, as one becomes older,
That the past has another pattern, and ceases to be a mere sequence-
Or even development: the latter a partial fallacy
Encouraged by superficial notions of evolution,
Which becomes, in the popular mind, a means of disowning the past.
The moments of happiness - not the sense of well-being,
Fruition, fulfilment, security or affecton,
Or even a very good dinner, but the sudden illumination—
We had the experience but missed the meaning,
And approach to the meaning restores the experience
In a different form, beyond any meaning
We can assign to happiness. I have said before
That the past experience revived in the meaning
Is not the experience of one life only
But of many generations - not forgetting
Something that is probably quite ineffable:
The backward look behind the assurance
Of recorded history, the backward half-lok
Over the shoulder, towards the primitive terror.
Now, we come to discover that the moments of agony
(Whether, or not, due to misunderstanding,
Having hoped for the wrong things or dreaded the wrong things,
Is not in question) are likewise permanent
With such permanence as time has. We appreciate this better
In the agony of others, nearly experienced,
Involving ourselves, than in our own.
For our own past is covered by the currents of action,
But the torment of others remains an experience
Unqualified, unworn by subsequent attrition.
People change, and smile: but the agony abides.
Time the destroyer is time the preserver,
Like the river with its cargo of dead negroes, cows and chicken coops,
The bitter apple, and the bite in the apple.
And the ragged rock in the restless waters,
Waves wash over it, fogs conceal it;
On a halcyon day it is merely a monument,
In navigable weather it is always a seamark
To lay a course by, but in the sombre season
Or the sudden fury, is what it always was.

I sometimes wonder if that is what Krishna meant-
Among other things - or one way of putting the same thing:
That the future is a faded song, a Royal Rose or a lavender spray
Of wistful regret for those who are not yet here to regret,
Pressed between yellow leaves of a book that has never been opened.
And the way up is the way down, the way forward is the way back.
You cannot face it steadily, but this thing is sure,
That time is no healer: the patient is no longer here.
When the train starts, and the passengers are settled
To fruit, periodicals and business letters
(And those who saw them off have left the platform)
Their faces relax from grief into relief,
To the sleepy rhythm of a hundred hours.
Fare forward, travellers! not escaping from the past
Into different lives, or into any future;
You are not the same people who left that station
Or who will arrive at any terminus,
While the narrowing rails slide together behind you;
Watching the furrow that widens behind you,
You shall not think "the past is finished"
Or "the future is before us".
At nightfall, in the rigging and the aerial,
Is a voice descanting (though not to the ear,
The murmuring shell of time, and not in any language)
"Fare forward, you who think that you are voyaging;
You are not those who saw the harbour
Receding, or those who will disembark.
Here between the hither and the farther shore
While time is withdrawn, consider the future
And the past with an equal mind.
At the moment which is not of action or inaction
You can receive this: 'on whatever sphere of being
The mind of a man may be intent
At the time of death' - that is the one action
(And the time of death is every moment)
Which shall fructify in the lives of others:
And do not think of the fruit of action.
Fare forward.
O voyagers, O seamen,
You who came to port, and you whose bodies
Will suffer the trial and judgement of the sea,
Or whatever event, this is your real destination."
So Krishna, as when he admonished Arjuna
On the field of battle.
Not fare well,
But fare forward, voyagers.

Lady, whose shrine stands on the promontory,
Pray for all those who are in ships, those
Whose business has to do with fish, and
Those concerned with every lawful traffic
And those who conduct them.


Repeat a prayer also on behalf of
Women who have seen their sons or husbands
Setting forth, and not returning:
Figlia del tuo figlio,
Queen of Heaven.


Also pray for those who were in ships, and
Ended their voyage on the sand, in the sea's lips
Or in the dark throat which will not reject them
Or wherever cannot reach them the sound of the sea bell's
Perpetual angelus.


To communicate with Mars, converse with spirits,
To report the behaviour of the sea monster,
Describe the horoscope, haruspicate or scry,
Observe disease in signatures, evoke
Biography from the wrinkles of the palm
And tragedy from fingers; release omens
By sortilege, or tea leaves, riddle the inevitable
With playing cards, fiddle with pentagrams
Or barbituric acids, or dissect
The recurrent image into pre-conscious terrors-
To explore the womb, or tomb, or dreams; all these are usual
Pastimes and drugs, and features of the press:
And always will be, some of them especially
Whether on the shores of Asia, or in the Edgware Road,
Men's curiosity searches past and future
And clings to that dimension. But to apprehend
The point of intersection of the timeless
With time, is an occupation for the saint—
No occupation either, but something given
And taken, in a lifetime's death in love,
Ardour and selflessness and self-surrender.
For most of us, there is only the unattended
Moment, the moment in and out of time,
The distraction fit, lost in a shaft of sunlight,
The wild thyme unseen, or the winter lightning
Or the waterfall, or music heard so deeply
That it is not heard at all, but you are the music
While the music lasts. These are only hints and guesses,
Hints followed by guesses; and the rest
Is prayer, observance, discipline, thought and action.
The hint half guessed, the gift half understood, is Incarnation.
Here the impossible union
Of spheres of evidence is actual,
Here the past and future
Are conquered, and reconciled,
Where action were otherwise movement
Of that which is only moved
And has in it no source of movement—
Driven by daemonic, chthonic
Powers. And right action is freedom
From past and future also.
For most of us, this is the aim
Never here to be realised;
Who are only undefeated
Because we have gone on trying;
We, content at the last
If our temporal reversion nourish
(Not too far from the yew-tree)
The life of significant soil. 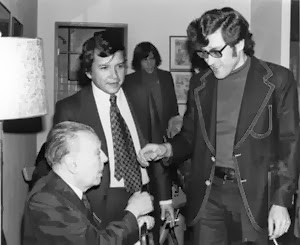 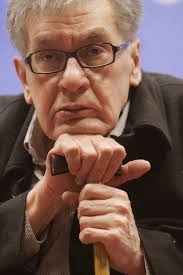 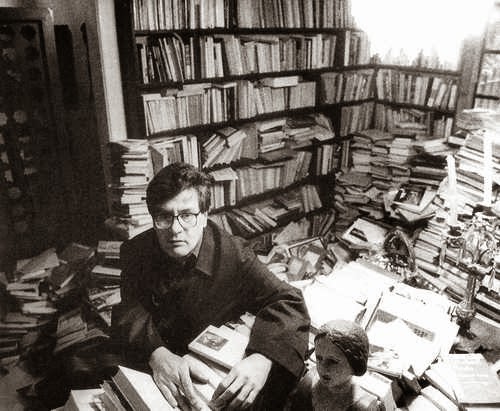 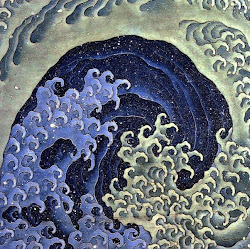 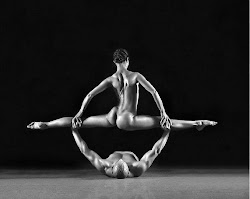 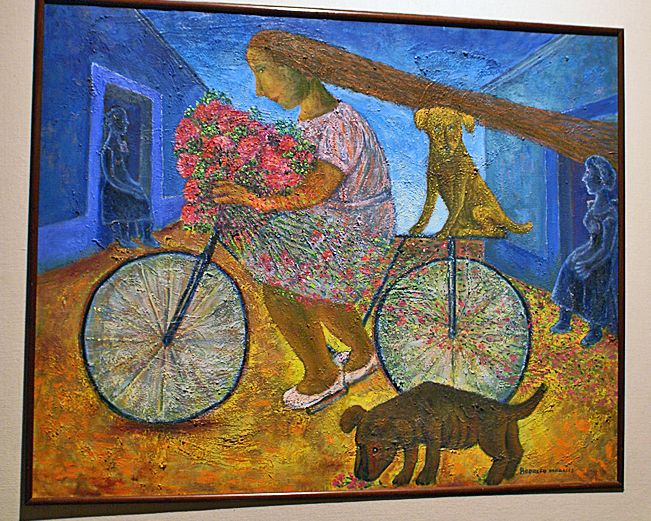 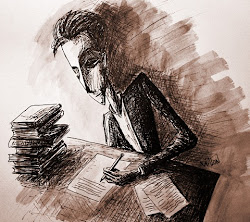 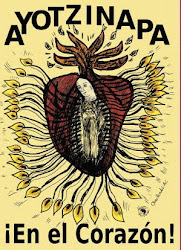 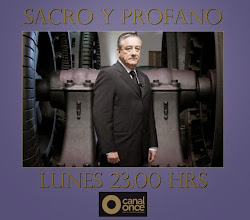 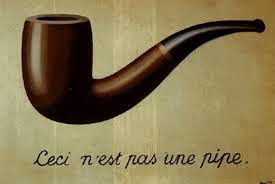 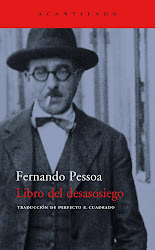 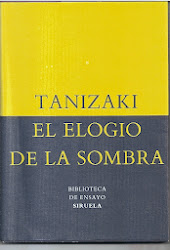 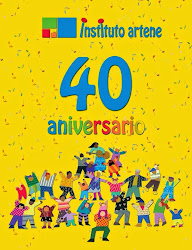